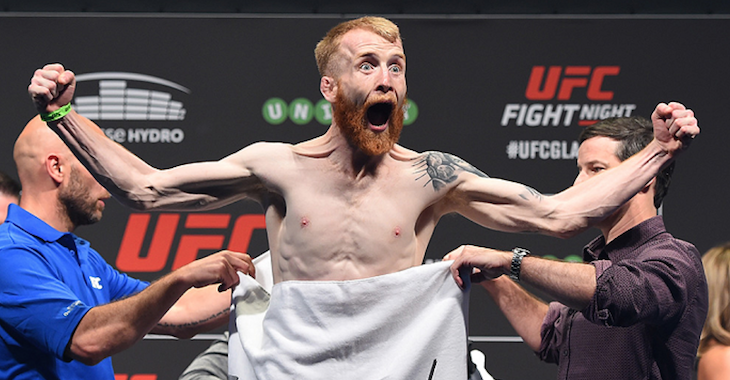 The world of combat sports is changing for the betterment of fighter safety as the California State Athletic Commission announced on Tuesday the newly placed rules to combat dangerous weight cutting and dehydration.

The move comes shortly after the ONC FC promotion announced their implementation of a new weigh-in system. ONE FC has urged fellow MMA promotions Bellator and UFC to adopt the new system.

With the new CSAC rule changes, athletes will no longer be able to use the most common weight cutting techniques to make weight.

The CSAC passed new emergency rules on Tuesday that will have an effect on fight promotions being held in California, including the UFC and Bellator MMA. The new emergency rules place a ban on severe dehydration in the attempt to make weight, banning the use of IVs to rehydrate after weighing in and also banning the act of delaying the weigh-in times.

Perhaps the strongest language in the new CSAC rules is the outright banning of severe dehydration to make weight, which is a practice common in MMA and amateur wrestling. While it was merely suggestion before, CSAC will now require doctors to test for signs of dehydration in pre-fight physicals and make it part of the physician’s pre-fight questionnaire.

If severe dehydration is verified by a physician, CSAC now has the ability to not approve a fighter to compete in that weight class in the future.

The new rules can go into effect as early as March 1, 2016. With the changes being emergency rules, they will be implemented on a trial basis to be reviewed later by the commission.

What do you think of the new ban in California? Share your thoughts on the issues of weight cutting in the comments!