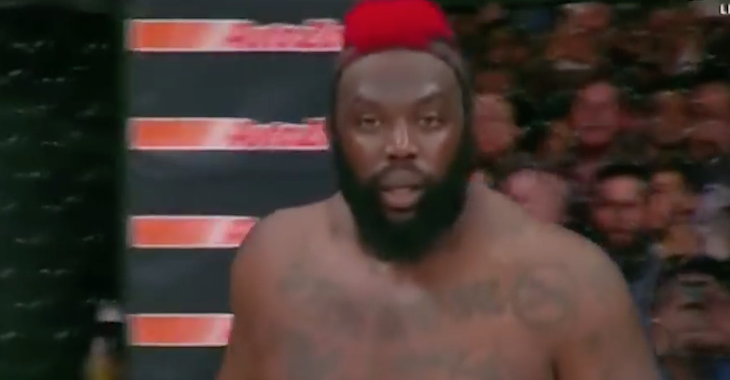 In the co-main event of Bellator 149, Dada 5000 and Kimbo Slice fought for nearly 3 full rounds.

The pair were both exhausted from the first round, which forced referee ‘Big’ John McCarhy to even stand the pair up when Kimbo had Dada 5000 in mount at one point.

At the conclusion of the fight, Dada 5000 collapsed to the canvas without being hit. After the fight it was revealed he was in critical condition after suffering from renal failure due to cutting 40 pounds.

An update on his condition was posted to his Facebook page.