Bellator MMA has gone on a string of signings recently, acquiring several former UFC standouts, including Rory MacDonald, Lorenz Larkin, and Michael ‘Mayday’ McDonald to name just a few of the recent Bellator MMA signings that have come from the UFC.

According to Bellator MMA President Scott Coker, the UFC’s deal with Reebok has been rather beneficial to Bellator MMA given the dissatisfaction among fighters over the deal.

He spoke to Luke Thomas: 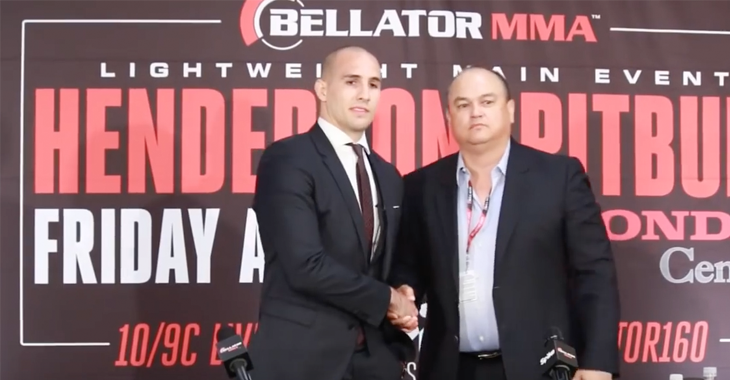 “I think [the Reebok deal] been very good for our business, honestly. Fighters want the freedom to get their own sponsors. They just want the freedom, and they don’t like … this is the deal, I know fighters, big name fighters, that say ‘Hey, I had million dollar sponsors. Now I have 40,000 every time I fight or 20,000 every time I fight.’ All that sponsorship went away. And these are big names over there.”

“I think people want a certain amount of freedom, and that’s what we give. We give them the freedom to get your own sponsorships. You won’t be stopped from getting somebody that you feel fits you as a person, as a personality, and I think that’s the way it should be.”

Coker’s analysis seems to be correct given how the uniforms were received by UFC fighters, with Vitor Belfort even going as far as to claiming the deal put fighters in slavery:

“MMA is a lot closer to entertainment than sport these days. I’m not satisfied with the way the company is handling sponsorship. We are pretty much living in slavery. We can’t use our own sponsors, they are banned inside the Octagon. We have no properties.”