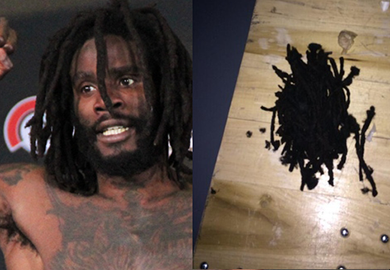 He was over by a mere one-pound and he took it off with a pair of scissors.

This is the result of a tough cut from @DanielStraus. Heart of a Champion. Going to be a great fight this Friday. pic.twitter.com/EjPlKBOQtI