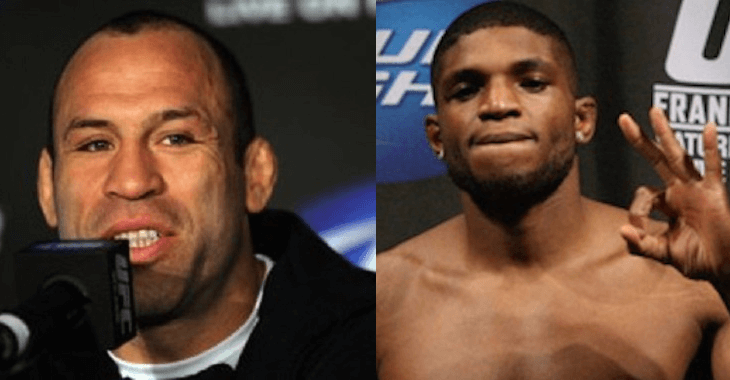 The hard-hitting Paul “Semtex” Daley is set to take the center of the cage in Bellator 148 on Friday against Andy Uhrich. The two will meet for the main event, but Daley already has a fight in mind that could be much a bigger draw.

Daley spoke with MMA Fighting recently and talked about a dream match up with MMA legend Wanderlei Silva, who was recently released by the UFC.

“Jesus, that fight excites me more than any other fight right now,” Daley told MMA Fighting. “I know it’s a long way off, but I’m gonna just keep chipping at it and hopefully it gets to him and his management to make the fight happen somewhere down the line.”

“He’s a legend,” Daley said. “He’s big. He’s a little bit scary, aggressive. Someone I used to watch back in the day. It would very much be a dream come true to stand across the cage from such a legend of the sport. I think I can beat him, obviously. I think I can knock Wanderlei out.”

“Semtex” will have to see if the opportunity arises as Silva is not yet signed with Bellator, the promotion he is fighting under.

“If Wanderlei signs with Bellator, I would love to fight him,” Daley said. “I’ve put that out there. And any other free agent from any other promotion with a name or reputation, I just put that out there to Scott to give them to me. Let me test the waters.”

The Brit says he and Silva are the same type of fighter and alludes that they aren’t looking to win by points.

Would you like to see this matchup? Let us know in the comments!