Tragic news surfaced Tuesday night that Kimbo Slice had passed away at the age of 42 due to what was later revealed to be heart failure.

At the time of his death, Slice was preparing for his Bellator 158 scrap with James Thompson on July 16th at London’s famous ‘O2 Arena’. Following Slice’s death there was much speculation as to what would happen with the scheduled event given Slice’s untimely death, and main event slot.

The ‘O2 Arena’ released a statement regarding the situation to the ‘Bellator 158’ event page on Facebook. 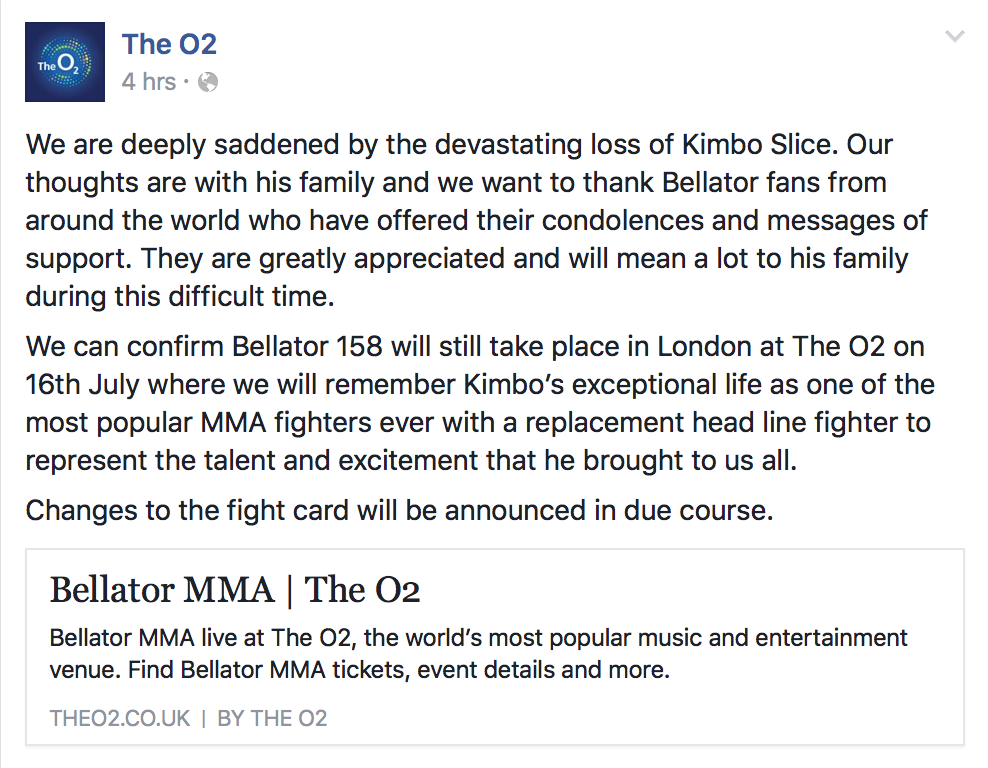 Stay tuned for updates as they become available regarding Thompson’s new opponent for the event.