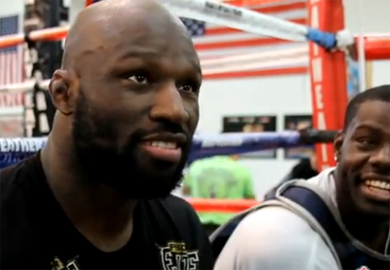 “We’re not boys. I never talk to Rampage on the phone, maybe once, three or four years ago. I don’t know shit about Rampage, I knew he’s from Memphis. Other than that, I can’t say too much about him. I don’t know that dude, I don’t know. We ain’t boys, we’ve never been boys.”

“I think he’s the same fighter he was all the time. I’m not worried about him, he’s got knockouts in the first round. So what. That don’t mean nothing to me, that’s in the past. He knocked out Christian M’Pumbu. Knocking out Christian M’Pumbu, you know what I’m saying, he got caught. But I ain’t getting caught.”