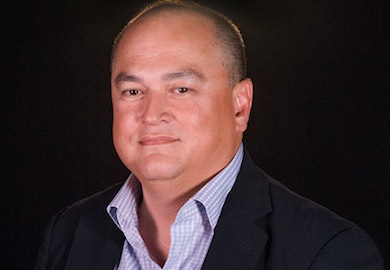 Friday September 5th was an amazing night to be a fan of mixed martial arts. On an evening that played host to over twenty MMA fights between the Ultimate Fighting Championship and Bellator, the biggest winners were backstage at Bellator in Connecticut.

Bellator President Scott Coker and matchmaker Rich Chou brought an amazing night of fights to the Mohegan Sun Arena. 7,000 fans packed the building and fans from around the world tuned in to Spike TV to see a quality night of fights that could rival any of their events in the past.

Cheick Kongo made his presence known in the first fight of the night when he made quick work of veteran Lavar Johnson.

TNA Wrestling’s heavyweight champion Bobby Lashley made his Bellator debut the following fight. TNA Wrestling and Bellator are both hosted on Spike TV and it has been obvious that they swap talents to cross-promote brands. Bellator has lent Tito Ortiz and Rampage Jackson to TNA Wrestling, but nobody from TNA Wrestling had what it took to step into the cage at Bellator. Enter: Bobby Lashley.

Lashley may have started off his career as a professional wrestler in the WWE, but he has done plenty of work in the world of MMA to label himself as a true fighter. His pedigree as an elite amateur wrestler gave him the ground work to be successful in the cage and he improved his record to 11-2 at Bellator 123.

Tamdan McCrory’s debut bout lasted all of twenty-one seconds before he knocked out Brennan Ward. McCrory rattled Ward with a seven-punch combination and sent him crashing to the canvas.

Bellator mainstay Muhammed Lawal introduced Dustin Jacoby to the cage in vicious manner as he finished him in the second round. Lawal hushed all the doubters who said he had a glass chin by taking several shots from the former GLORY tournament winner.

The main-event saw the Bellator Featherweight Championship on the line with a five-round bout between Patrício “Pitbull” Freire and Pat Curran. Just like their first encounter at Bellator 85, this one went the full twenty-five minutes and was a highly competitive bout. In the end, it was “Pitbull” who would dethrone the champion.

It is the same logo, same announcers, and more-or-less the same cage. However, with Scott Coker and Rich Chou behind the scenes, this is a new and improved Bellator.