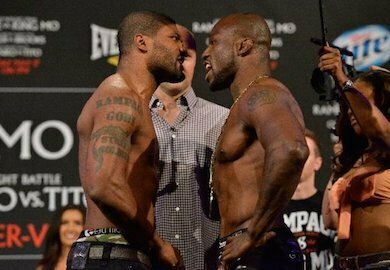 With Rampage Jackson and Tito Ortiz featured on Bellator’s pay-per-view debut, the promotion was hoping to put forth some respectable ratings.

But alas, they’re far off the mark.

While the two former UFC champions may have proved a draw under their former employers umbrella, they only garnered an estimated 65,000 pay-per-view buys for Bellator.

This estimate comes from the one-and-only pay-per-view guru himself, Dave Meltzer of The Wrestling Observer.