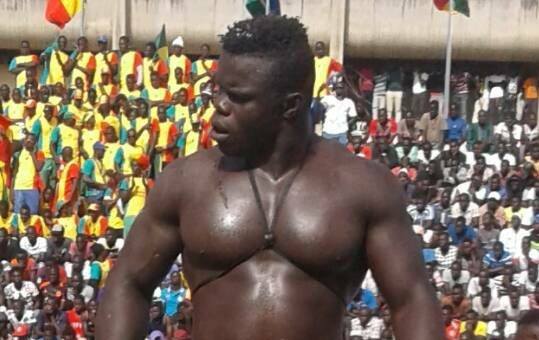 Debuting against former Cage Warriors Franco-Maroccan fighter Sofiane Boukichou, Kane was able to gain his first win inside the eight-sided cage, during the co-main event of the first ever ARES Fighting Championship’s event.

After a few minutes spent studying each other, Reug Reug started ragdolling his opponent all around the canvas, pulling him up and slamming him down in superior fashion.

Reug Reug is just pure power!! Sofiane survives the end of the round. Into round 2!! #ARES1 @ares_fighting pic.twitter.com/OlQx9qXmF3

The second round was again a one-way beating, as the Senegalese wrestler immediately starting to chase the France-based fighter and put him down with a vicious leg kick. He started to smell blood and proceeded to land a violent combination which forced the referee to step in and call the fight.

MMA World, you just witnessed the birth of a new phenom! pic.twitter.com/viATj8FT89

The show took place in Dakar, Senegal, and ‘Reug Reug’ successfully used the home crowd’s support to help pull off the emphatic victory.

ARES 1 was broadcasted worldwide on UFC Fight Pass, so his performance will presumably gain some attention from other major promotions. It has to be said though, that ARES fighters signed an exclusive multi-bout deal, according to what co-founder Fernand Lopez told BJPENN.com. In fact, their only way to sign somewhere else is to be called by UFC brass.

What is sure is that the MMA heavyweight division is currently lacking on talent, and Senegal’s hero Oumar Kane could help fill that void.

He put on a really solid performance against a tough veteran in the likes of Sofiane Boukichou.

You can watch the other four bouts live here on BJPENN.com.

Do you think that Reug Reug will continue to do well in mixed martial arts? Sound off in the comments section below, PENN Nation!