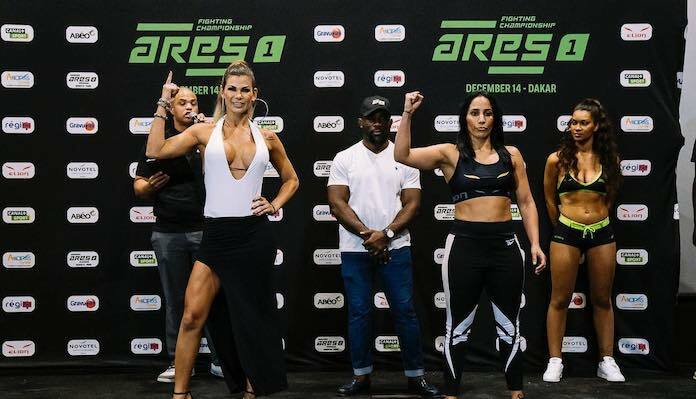 The ARES 1 main card will air on UFC Fight Pass, but the card’s four postlims will air right here on BJPENN.com at 5:15pm ET.

We've got four more fights for you, live from Dakar !

These fights will air after the ARES 1 main card, which kicked off at 2:00pm ET.

The ARES 1 fight card features a whole host of top African, European & international talent from all over the world. In the main event ‘Captain Lithuania’ Laurynas Urbonavicius (12-1) meets Brazilian UFC veteran Ildemar Alcantara (26-13) in a big light heavyweight match-up, undefeated Senegalese heavyweight wrestling champion ‘Reug Reug’ will make his much anticipated debut taking on dangerous Frenchman Sofiane Boukichou, and Taylor Lapilus, who went 3-1 in the UFC, meets top Brazilian prospect Marcos Breno in what promises to be an exciting affair.