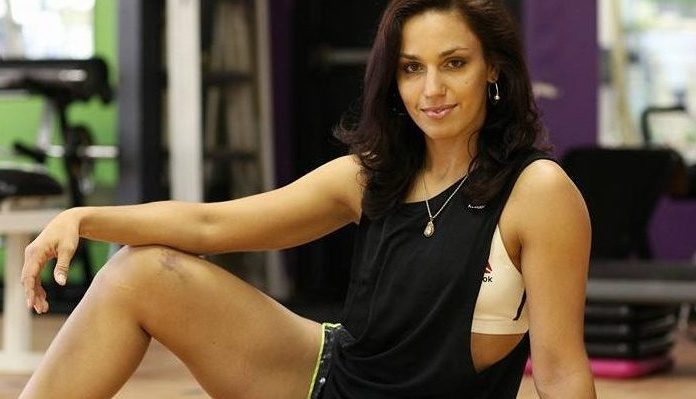 The name ‘Shevchenko’ will forever be synonymous with the ever talented, Valentina ‘Bullet’ Shevchenko. However, another Shevchenko plans to leave a mark of their own in the MMA world.

The undefeated 3-0 flyweight in MMA is primarily known for her championship level Muay Thai skills. A sport in which she holds a 39-1 record in.

At this point, the Shevchenko sister will forever draw comparisons to one another but it’s welcomed claims Antonina.

“I don’t mind [comparisons].” Antonina told FloCombat, “She’s my sister. She’s my younger sister and I always take care of her and I’m always proud of her. She’s so good, she’s a strong fighter. I’m okay being compared to her.

I’d say we are like each other, but we are a little bit different and I think people will see this difference in this [fight Tuesday].

Valentina, training with her is very hard and we [have trained] together more than 20 years. We obviously started to train when she was very little, but when we started with our professional careers, every day we would train together. Valentina is a universal fighter. She’s good everywhere. Her Muay Thai is amazing. Her wrestling is good, her ground is good. She doesn’t allow you to make mistakes.”

As mentioned, Antonina has primarily made her name off of her great success in the Muay Thai world. Something that each Shevchenko have in common.

Just because Valentina got started in MMA first doesn’t mean it wasn’t on the mind of Antonina as well.

“I fought MMA many years, so it’s not just that I fought Muay Thai and made my transition into MMA, I just started to do Muay Thai and I trained and competed in different sports because our coach wanted us to be universal fighters. We competed in MMA, Muay Thai, boxing, Taekwondo, karate, and different styles. When we started to compete in MMA it was 2003, 2004, and 2005 and there were not many girls in the sport at that time. There were more offers to fight in Muay Thai so we fought Muay Thai.

When Valentina started to fight in the UFC, I was training with her all the same things she had. So I was working on my MMA also.”

Ready to truly test herself against MMA’s elites, Antonina will do so tomorrow night as she looks to earn her way into the UFC along with her sister.