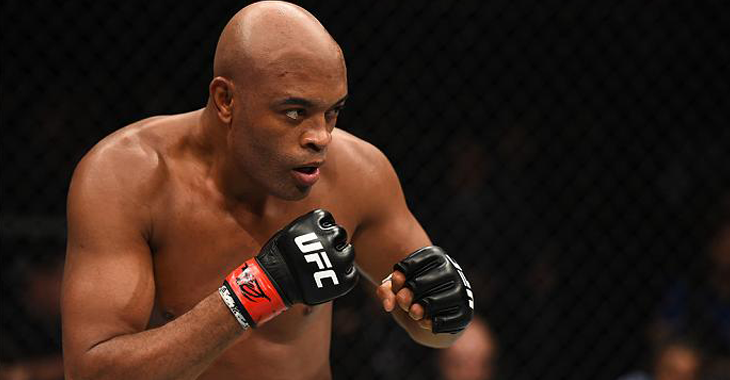 The UFC released a statement on Thursday regarding UFC 212 and it wasn’t the news that Anderson Silva fans were hoping for.

With Silva’s originally scheduled opponent, Kelvin Gastelum being suspended and pulled from the fight after testing positive for marijuana, Silva was campaigning for an interim title fight against #1 UFC ranked middleweight contender Yoel Romero. Silva stated that he was upset with the UFC and was considering retirement if the interim bout could not be arranged. It looks like the fight could not be put together under those terms as the UFC announced on Thursday that Anderson Silva will no longer be fighting on the UFC 212 card taking place on June 3 in Rio de Janeiro, Brazil. The UFC is, however, offering full refunds for those that bought tickets with the intent of seeing Silva fight in his home country.

The UFC released the following statement regarding Silva’s official removal from the card and how the reimbursement process can be handled:

“Following the April 6 removal of Kelvin Gastelum from his UFC 212 bout against Anderson Silva, UFC officials attempted to find a replacement to meet Silva on June 3. However an opponent was not secured to face the former middleweight champion on short notice, prompting his removal from the card at Jeunesse Arena in Rio de Janeiro, Brazil.

Due to Anderson Silva’s withdrawal, customers may request a full refund of their purchased tickets until May 18, 2017.

To refund a purchase made online or through the call center, the customer should access https://atendimento.tudus.com.br/hc/pt-br/requests/new, and select the category “Cancellation” and list “UFC 212” as the subject.”

Silva has openly stated his displeasure with the UFC not stepping it up for him after he has done many favors for the promotion with fight changes and fighting on short notice. Will we see Anderson Silva fight again soon? Or will this cause “The Spider” to retire? Let’s get your thoughts on the situation in the comment section.