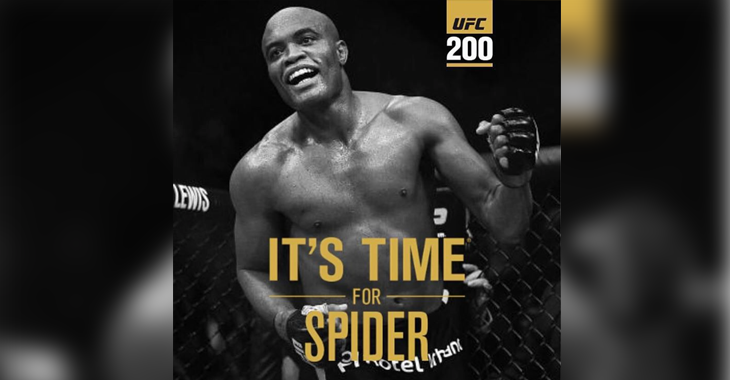 With the UFC working hard to find UFC light heavyweight champion Daniel Cormier a fight for UFC 200 after Jon Jones was pulled from the fight for a potential Anti-Doping Policy violation, Brazilian media outlet Combate is reporting that former UFC middleweight champion Anderson Silva will be fighting Cormier on Saturday in a non-title bout at a weight to be determined.

Anderson Silva just posted a photo to his Instagram account with the UFC 200 logo. Silva said in his caption written in Portuguese that he was heading to Las Vegas, Nevada.

No official announcement has been made from the UFC regarding an opponent for Daniel Cormier.

Stay tuned to BJPENN.COM for updates as they become available.