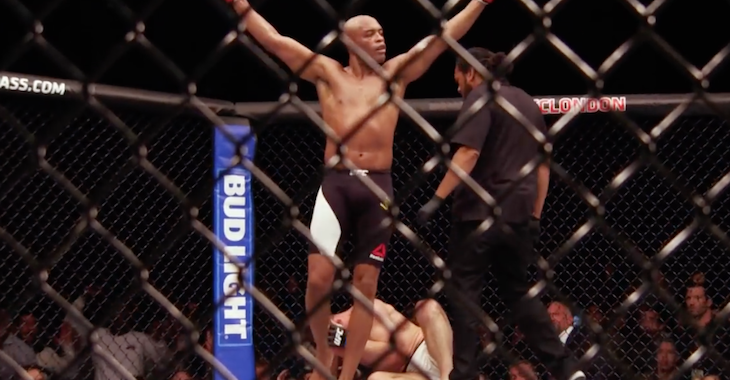 At one point in time, former UFC middleweight champion Anderson Silva looked nearly unbeatable in the Octagon, winning 16 straight fights, including 10 defenses of the UFC middleweight title. While Silva is certainly still considered the best fighter of all time, The Spider has been on a bit of a skid recently, going 0-4 with 1 no contest in his last 5 fights. Ahead of his UFC 208 scrap with Derek Brunson on February 11th, Silva spoke to MMAJunkie to discuss his recent string of losses, saying:

“Victory in my life, in your life, in everybody’s life is important,” Silva said on today’s UFC 208 conference call. “I think the more important thing now in my life is to stay happy, work happy. I’ve been fighting for a long time in my life and working hard at fighting in the UFC. I’ve changed a little bit of my focus. I focus on my family and my different jobs outside the UFC. I think for me now it’s not important how many fights I’ve lost, how many fights I win. I just bring my heart and do my best.”

In regards to his endeavors outside of the Octagon, the former champ recently sold a script he wrote for an action series to Netflix to kick off 2017. In addition, Silva expressed his desire to eventually win an Oscar, something he says has been a goal of his for quite some time.

Anderson Silva of course will also have the opportunity to move one step closer to his goal of reclaiming the middleweight title when he steps into the Octagon with Brunson.