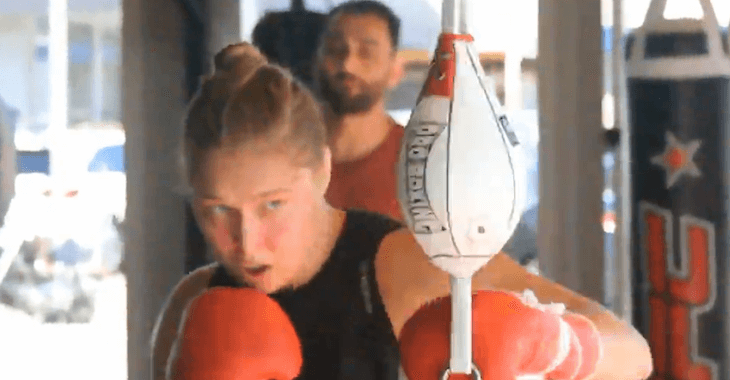 In the main event of UFC 207, former UFC women’s bantamweight champion Ronda Rousey stepped into the Octagon for the first time since her UFC 193 KO loss to Holly Holm last year. The loss marked the first of Rousey’s career, and resulted in ‘Rowdy’ taking an extended period of time off from the Octagon to take care of nagging injuries, and refocus before once again entering the Octagon.

In the loss to Holly Holm last year, Rousey’s coach Edmond Tarverdyan, received a considerable amount of criticism for instilling a false sense of confidence in Rousey in regards to her striking. Following her loss to Holm, several members of the MMA community offered to help train Rousey in striking so as to help round-out her game. With that being said, leading up to her UFC 207 scrap with Amanda Nunes, many members of the MMA community also expressed concern for Rousey due to the fact that she once again returned to Glendale Fighting Club to train with Tarverdyan. When Rousey stepped into the Octagon at UFC 207, it didn’t take long for viewers to notice that Rousey was offering little in the way of defense and head movement. Just moments into the fight, Nunes landed a big shot that left Rousey stunned. She followed up by landing several more big shots as referee Herb Dean was forced to stop the scrap just 48 seconds into the bout after recognizing that Rousey was out on her feet.

“The whole time I know it was going to be like this, and I trained like that, like a lioness. And I knew if I had that strategy in the beginning – that if she gave me the opportunity – I could finish her.”

“I know the girls can’t take my punches,” she said. “I know that. And it happened tonight.”