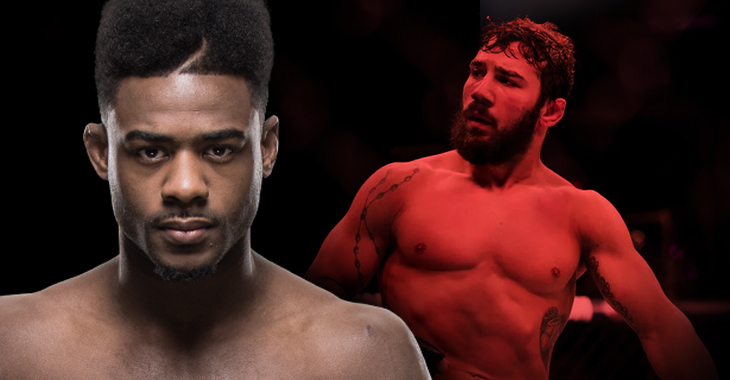 This fight game gets heated, ladies and gentlemen. Especially now with a cornucopia of social media overflowing at our fingertips. It’s easy to get heavily invested in an upcoming fight and get carried away talking to someone about it online. It happens to the best of us. It must be even harder to try and escape the urge to say something when you’re the significant other of one of those fighters. That happened yesterday after the announcement of Jimmie Rivera’s fight with Dominick Cruz. Aljamain Sterling responded to a random dude trash talking to him on the internet. At that point, Rivera’s wife chimed in and then it all snowballed. For the record. I did not call little Jimmys wife a "bitch". I rewrote what she said, and forgot the quotes. I was surprised he involved her https://t.co/qS2nPs3ueT

This all stems from Aljamain Sterling not fighting Jimmie Rivera last year. The reason why he turned down the fight is right up there in his tweet. He didn’t think the fight would do anything for him at the time. Of course, this isn’t the first time the two have traded barbs on Twitter, but it is the first time Rivera’s wife has gotten into the mix. Fortunately, Jimmie Rivera didn’t seem to mad about the whole thing. Who knows, maybe she gets signed to a deal after this trash talk.