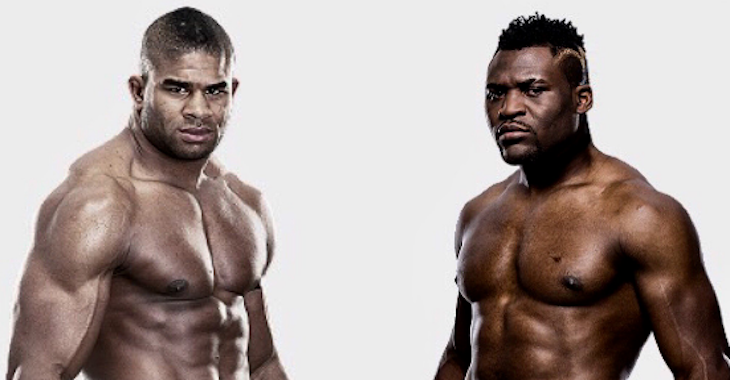 “After [Junior Dos Santos] was pulled from [our UFC 215 fight] all the top-10, almost all of the top-15 was booked,” Ngannou told host Ariel Helwani. “The only one available was [Alistair] Overeem. He said he’s injured […] and he took a little time for family.”

“I don’t know,” Ngannou continued, before confidently asserting that it’s time for a title shot. “They can give me [heavyweight champion] Stipe [Miocic] right now. I want Stipe. I want to go for the belt. Then after that I can [take on] all these guys who become the contenders, the potential challengers, yes, but [I want] Stipe first. Since January, I haven’t had a fight, so now we need to go forward.”

Apparently, Ngannou’s calls for a title shot have reached Alistair Overeem’s ears, and he strongly disagrees with the Frenchman’s claims. Overeem addressed Ngannou on Twitter, scolding him for attempting to “skip the line.”

I heard someone is trying to skip the line. Can’t allow such a thing to happen. So @francis_ngannou let’s go! @ufc pic.twitter.com/hwLBhdtMfk

“I heard someone is trying to skip the line,” he said. “Can’t allow such a thing to happen. So [Francis Ngannou], let’s go!”

This is not the first time Overeem has expressed interest in a fight with Ngannou. At a fan Q&A in the buildup to UFC Rotterdam, he said he’d fight the rising contender in December.

“Francis is a very strong guy and he’s doing really good,” Overeem said (h/t MMA Weekly). “If the UFC calls me and say let’s do this, then I’ll certainly say yes. I think he’s bigger than me. He’s a challenge and I just see it as a motivation; somebody trying to take something away from me.”

Do you want to see Alistair Overeem and Francis Ngannou go at it?