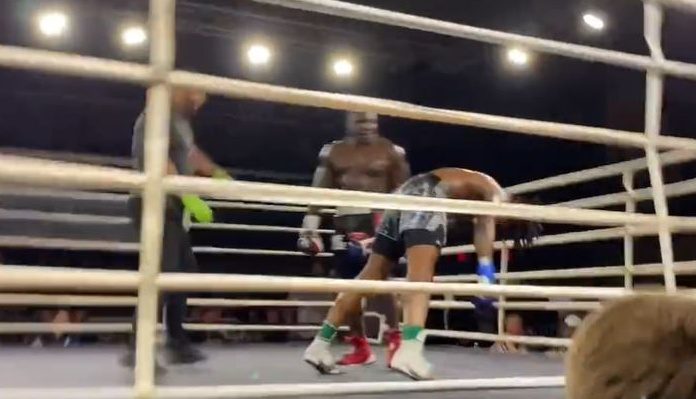 The football legend, Gore, spent ten seasons with the 49ers, three with the Indianapolis Colts, and one each with the Miami Dolphins, Buffalo Bills and New York Jets. During his 16-year NFL career, Gore rushed for exactly 16,000 yards.

The star running back decided to make the move to the squared circle late last year for an exhibition bout against former NBA star Deron Williams. The result was split decision loss for Gore.

Despite the setback, Frank Gore made the decision to go pro and signed a deal with Jorge Masvidal’s ‘Gamebred Promotions’. That move proved to be a good one as the NFL legend scored a brutal fourth round KO victory over Yaya Olorunsola in his promotional debut.

Frank Gore lands a clean, vicious right hand for a highlight 4th round KO. Put his opponent to sleep in his pro boxing debut on his 39th birthday. A future Hall of Fame RB and now 1-0 (1 KO) as a pro boxer.

That work in the gym paying off, @frankgore: pic.twitter.com/TZpdi084lV

Who would you like to see Gore fight next?