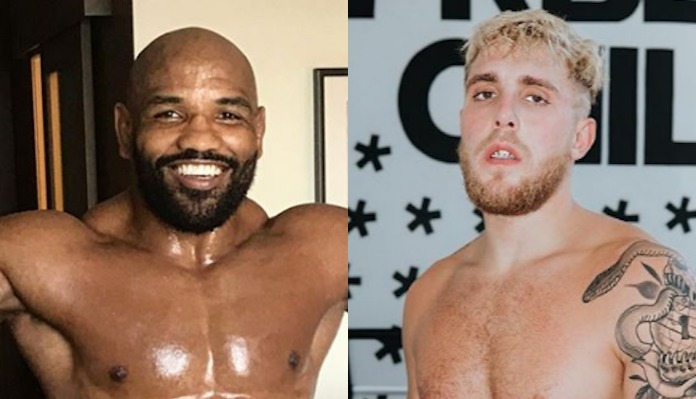 Paul has been the talk of the combat sports world after he picked up a brutal knockout victory over former NBA star Nate Robinson on the Mike Tyson vs. Roy Jones Jr. undercard last month.

In the wake of that win, Paul has been unrelentingly calling for a fight with former UFC featherweight and lightweight champ Conor McGregor. At the same time, Romero and his team have expressed interest in setting up a fight with the YouTube star.

According to Kawa, however, Paul has no interest in a fight of any kind with Romero.

One more @YoelRomeroMMA tidbit… @jakepaul refused to fight him. Opp presented itself, Jake said no… don’t blame him… but this is out of line https://t.co/O8t8TGPGA4

Kawa’s comment about Paul was in response to the YouTuber’s latest callout of McGregor, which many viewed as over the line.

“What the f**k is up you Irish c**t,” Paul said in a video directed at McGregor. “Good morning, Conor McGregor. I know you are probably beating up old dudes in a bar right now or maybe you are jacking off because you are sick of f*****g your wife right now because she is a 4. Conor you could do a lot better. But, happy Monday. My team sent you a 50 million dollar offer this morning, 50 million dollars cash, proof of funds, the biggest fight of offer you’ve ever been offered, but you are scared to fight me, you are ducking me because you don’t want to lose to a f*****g YouTuber.

“You are a 0-1 as a boxer, I’m 2-0 as a boxer,” Paul added. “I just came off the eighth biggest pay-per-view event in history, but you want to fight Dustin Prober (Poirier) who has less followers than on Instagram than my f*****g dog, that’s a fact.

Do you believe Jake Paul turned down a fight with Yoel Romero?