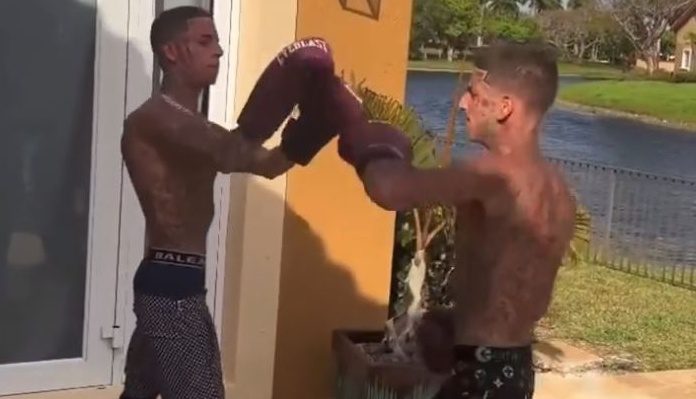 The “Island Boys” could soon become the “Boxing Boys.” At least that’s what they’re trying to portray on social media.

Fraternal twins Alex and Franky Venegas, who rose to social media fame as “Flyysoulja” and “Kodiyakredd”, posted a video of their backyard mitt work on Sunday, April 24th.

“No rapper can do this man, I swear, yeah,” said one of them (Can you tell them apart?).

Anyways the “Island Boys” after posting the video are sure to get noticed and may ultimately get a boxing match?

The whacky world of celebrity boxing has brought us all sorts of madness over the past couple of years, including Ben Askren vs. Jake Paul and Lamar Odem vs. Aaron Carter.

It appears that “Flyysoulja” and “Kodiyakredd” are now preparing to make a splash in the sport.

Are you interested in watching the Island Boys step into the squared circle and box?