Hasim Rahman Jr. has given his side of his sparring sessions with Jake Paul.

‘Gold Blooded’ is set to face ‘The Problem Child’ next month in New York. The Showtime pay-per-view headliner came together on short notice after Tommy Fury pulled out of his matchup with Paul. Despite the short notice nature, the bout has a lot of attention already.

Most of the hype behind the matchup is that the two men used to be training partners. In 2020, the heavyweight was brought into Paul’s camp to spar. The YouTuber-turned-boxer later went on to describe their sparring sessions as a “war”.

However, Hasim Rahman Jr. doesn’t see it the same way. On The MMA Hour with Ariel Helwani, the heavyweight prospect discussed his sparring sessions with Jake Paul.

According to the 31-year-old, he was advised to take it easy on the YouTuber. If he accidentally hurt the newcomer, he wouldn’t get paid. Due to Rahman Jr. needing the money for the pandemic, he went along with Paul’s coaches told him. 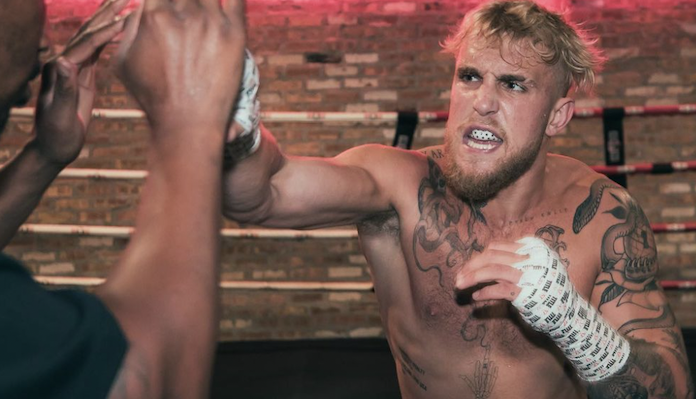 “I was just trying to humble him a little bit and tell him, I’m in here handicapped a bit… I knew he was going to chop it up the way he did – that’s what you see where I was upset in the video, like, ‘No, you being disrespectful now.’ It had nothing to do with the actual boxing, the sparring session. It was just his disrespect for the sport and for what we were doing. I came to give you a look.”

Hasim Rahman Jr. continued, “I didn’t come to beat you up, or to see if you were even on my level, or you were ready for this level. I was actually was asked by your coaches not to knock you out, I was told that if I knock him out, I most likely wasn’t going to get paid, it was during the pandemic. It was $100 a round—it was easy work sparring for me. It was something I didn’t want to throw away.”

What do you think about Hasim Rahman Jr.’s comments? Sound off in the comment section below!