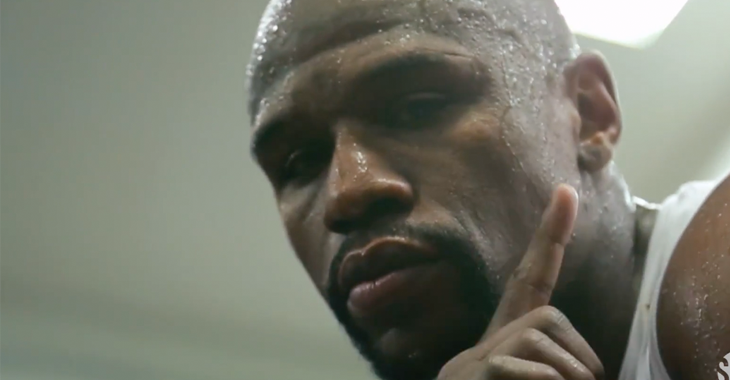 From transitioning into a MMA by fighting, to being brought on to help with ZRUFFA Boxing, there has been ton of rumors flying around about Floyd Mayweather joining forces with the UFC. These rumors didn’t get born on some forums or on Twitter, this info came straight from Dana White’s mouth. It’s info that Mayweather wants stopped. He’s come out against it once, now he’s flat-out accusing White of just bringing up his name to leverage a better TV deal now that their time at FOX is ending.

“Their deal with Fox is coming to an end. So, they’re trying to renew a new deal with any company what better name could they use than Floyd Mayweather? Because that’s a great name to use. I would use a Floyd Mayweather so I could leverage also and say, ‘You know what? Floyd’s gonna come back, he’s going to fight in the UFC. Floyd’s gonna come back and he’s gonna fight McGregor in the Octagon.’ So they can leverage and get another big deal. I don’t have anything against Dana White. At all. He’s a remarkable guy, a very, very smart guy. Smart business man. I don’t need to fight again. If I chose to fight in the Octagon, I’m choosing to fight in the Octagon because that’s what I want to do.”

“If it didn’t come from my mouth or Al Heymon’s mouth, then it’s bullshit. It’s bullshit. Let’s not be stupid. So I’m not fighting, I don’t have no boxing opponent I’m looking forward to. I’m not calling no names out in the sport of box. I’m not calling any names out in the UFC. Dana White, my man, it’s just like this. I’m not worried about what kind of money you got, or what you doing with your money, or what you doing with your family. Don’t worry about what I’m doing with my money, and my family. That’s the problem with motherfuckers nowadays, we’re too worried about what someone else is doing with their money.” — Floyd Mayweather speaking to Fight Hype.

Dana White pretty much just confirmed on ESPN that the meeting with Floyd Mawyeather’s people today is about getting help with ZUFFA Boxing launch.

Whether it was to actually fight in the Octagon or to help launch the new boxing promotion, Floyd Mayweather insists it is all false. Of course, in our current combat sports climate, it’s hard to believe what is true. Both Mayweather and White have made dismissive statements about partnerships and fights to keep the news from coming out, or to just drum up a little bit more interest before hand. Right now, it’s just all talk and Mayweather’s word against Dana’s. Either way, this situation seems like it is far from over.