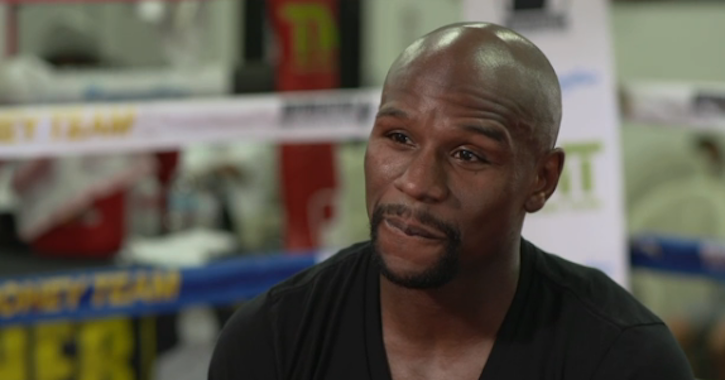 On August 26, UFC lightweight champion Conor McGregor will take his first steps into the professional boxing arena. Yet despite his youth in the sport, he will not be taking on another newbie in some community center basement or banquet hall. He will be taking on undefeated legend Floyd Mayweather Jr., a man widely considered the greatest boxer of this era, in a fight that is being billed as one of the biggest ever.

Given that McGregor has never boxed professionally, he is being given little chance against Mayweather, who boasts a sparkling record of 49-0. There are, however, some members of the combat sports world that seem to give the 28-year-old Irishman a chance against his aging opponent, and apparently, Mayweather himself is one of them.

Speaking to ESPN’s Stephen A. Smith, Mayweather assured that “on paper,” McGregor has all the physical advantages on his side in this fight. He then assured that, as a 40-year-old man riding a significant layoff, he himself has “lost a step.”

“He’s a lot younger,” Mayweather said, kicking off a calculated tirade that it’s hard to imagine he actually believes (h/t Brett Okamoto of ESPN). When you look at myself and Conor McGregor on paper, he’s taller, has a longer reach, he’s a bigger man from top to bottom. He’s a lot younger, so youth is on his side,” Mayweather said of McGregor, who is 29. “And I’ve been off a couple of years. And I’m in my 40s. So, if you look at everything on paper, it leans toward Conor McGregor.”

Do you buy what Floyd Mayweather is selling here? Are McGregor’s advantages really this noteworthy, or is Mayweather just trying to sell tickets?