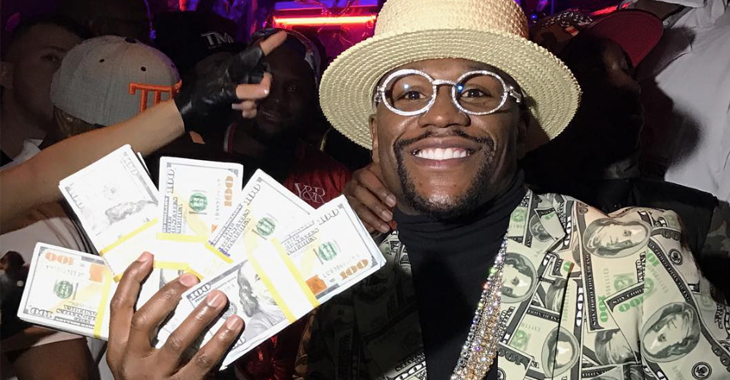 Conor McGregor and Floyd Mayweather aren’t the only people who are going to cash in on their gigantic freak show boxing extravaganza. Sports gamblers everywhere are looking to get a piece of the action either by placing big money on Mayweather, or sliding into a nice underdog bet for McGregor. However, one anonymous and brave person just blew up everything. That’s only a slight hyperbole, considering the computer literally couldn’t process it. Who the hell put in this bet, Donald Trump? Floyd Mayweather in disguise?

Whoa! The money is starting to come in on @FloydMayweather at the @southpointlv. Biggest bet in Vegas yet? @VSiNLive pic.twitter.com/Kw4VGDOQPe

“The original ticket showed only a $120,000 profit, instead of the correct $160,000 that would come from the wager. The misprint was caused by a rule in South Point’s bookmaking system that does not permit payouts of greater than $1 million, according to sportsbook director Chris Andrews. The total payout, should Mayweather prevail, would be $1.04 million. The book rewrote two separate bets for $440,000 each to rectify the issue.” — As reported by ABC News. That’s quite a huge disturbance in the money line force. Expect bets to come in on Conor McGregor to even things out from this humongous Floyd Mayweather bet. The betting odds have already been bipolar and fluctuated like mad throughout this entire build up. Depending on the masses opinions on McGregor’s latest open workout and the videos from the Paul Malignaggi sparring sessions, McGregor’s odds could shift either way.