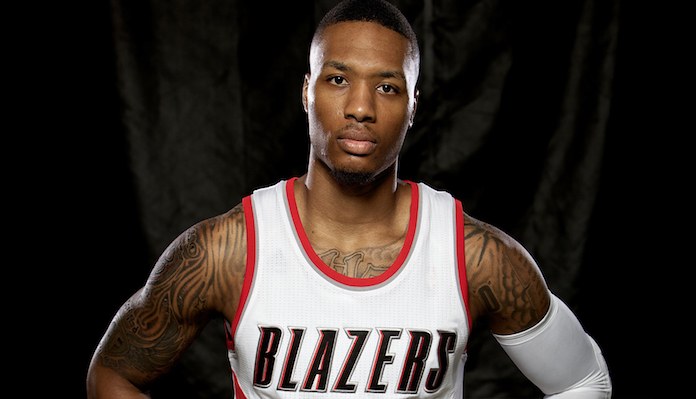 Lillard, a five-time NBA All-Star, is one of the top basketball players in the world today. Like many other NBA players, Lillard watched this past weekend’s boxing match featuring the former NBA dunk contest winner Robinson and Jake Paul, a fight that saw Robinson get ‘dunked on’ by Paul as he was brutally knocked out cold. We’ve seen players such as Stephen Curry take a playful jab at Robinson while he was down, while others like Gilbert Arenas defended him. Lillard is more on the Arenas side of things.

Speaking to reporters during a conference this week before NBA training camp begins, Lillard was asked what he thought about the Robinson vs. Paul boxing match. The All-Star praised Robinson for having the courage for stepping into the boxing ring, and as far as the knockout goes, Lillard chalks that up to just being a part of combat sports.

“I think what he did was bold. He got in the ring. A lot of the people don’t got the nuts to do it. So respect to him for doing it,” Lillard said (via USA Today).

“Everybody is making a big thing out of it because it was Nate Robinson. But people get knocked out in the boxing gym every day. They’re a part of that sport. He chose to participate in that sport. He just came up on the wrong end of it. I watch boxing so much that I don’t view it the same way everybody else does because I know that’s part of the fight game.”

Do you agree with Damian Lillard that fans should give Nate Robinson more credit for stepping into the ring despite being brutally knocked out?