In 2001, famed actor Will Smith took a role as Boxing icon Muhammad Ali for the 2001 biopic. According to sources, Smith underwent rigorous training up to 6 hours a day to prepare for the role, which included mitt training and sparring with a boxing coach.

The film released in 2001, and received mixed reviews from critics, however Smith was praised for his acting in the film, which included very realistic movements and fight sequences. Interestingly enough, as you can see in the footage above, Smith developed a rather impressive boxing base, and mimics many of the same movements utilized by Ali in his fights. 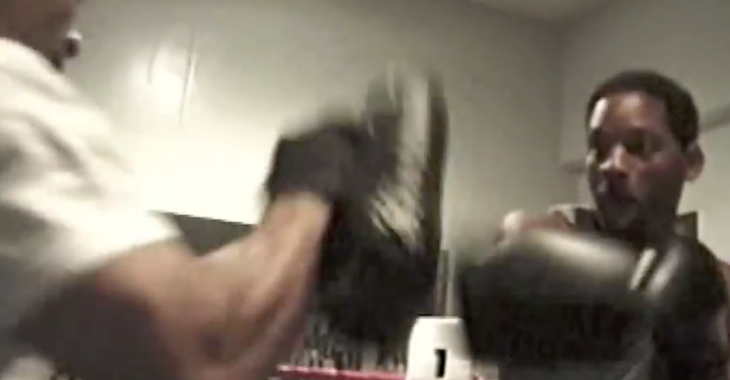 Check out the footage above of Smith hitting mitts, sparring, and preparing for his role above, where he can be seen throwing some rather impressive combinations, and even throwing some heat against several sparring opponents while wearing headgear before stepping into the ring on the big screen.