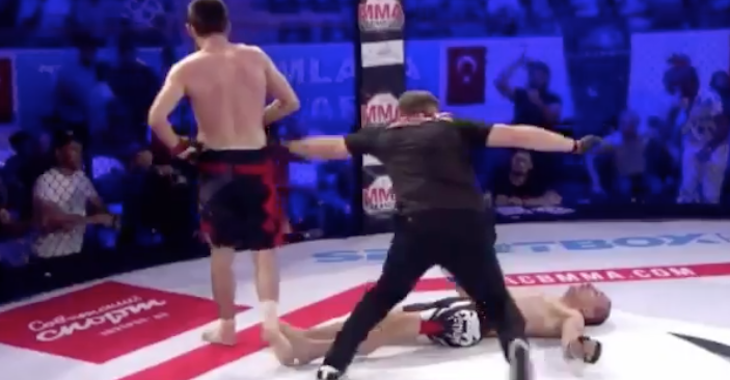 In a rather stunning and unexpected turn of events, one fighter who found himself choked unconscious earlier in a fight, then picked up a walk-off KO win later in the fight.

In the first video below, you can see Nashkho Galaev get choked out with a brutal mounted guillotine. Surprisingly the referee seems unaware that Galaev is unconscious and allows the fight to continue. Later in the fight, Galaev manages to pick up a walkoff KO as he knees the opponent unconscious.

Check out the entire series of events below!

Wow that was bizarre. A fighter was just choked out and then woke back up at #ACB64. Fight continues. pic.twitter.com/s04Mcn2KhW