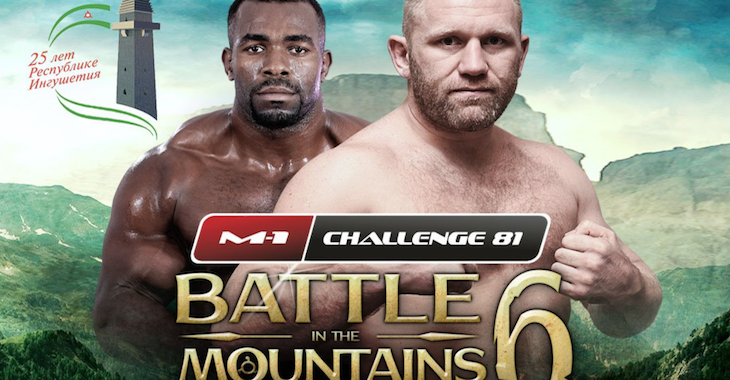 This Saturday, M-1 will head up the mountains for their 6th installment of ‘M-1 Battle in the Mountains’ where several high-profile fights will take place.

In the main event, Pavel Vitruk will compete with Movsar Evloev for the bantamweight title, while in the co-main event, heavyweight phenols Sergei Kharitonov and Geromino Dos Santos will throw down. Also on the card is MMA veteran Joe Riggs, who will be facing off against Dmitry Samoilov.