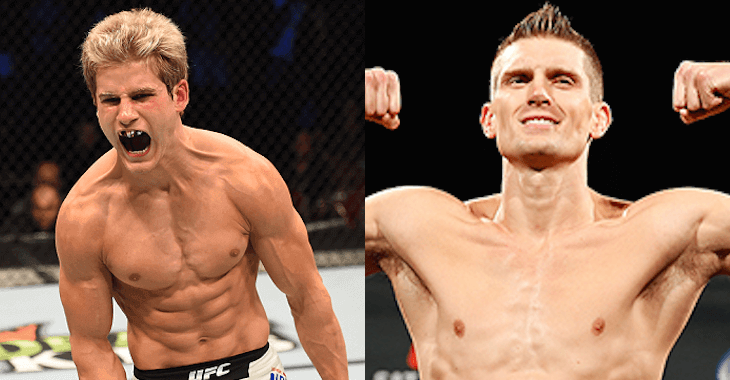 Sage Northcutt has the potential to be the next big thing in the Ultimate Fighting Championship, and he proved it wasn’t all hype at “UFC 192” when he dismantled Francisco Trevino in less than a minute.

There is no doubt that the nineteen year old phenomenon has what it takes to make it into the upper-echelon of the company and certain UFC stars are already believers, but fellow karate fighter “Wonderboy” Stephen Thompson mentioned Northcutt may want to take the slow path to the top.

“I would give him some advice,” Thompson told Bloody Elbow. He had a great first fight in the UFC. With that first round knockout, you’re excited and sometimes the UFC will put you up against a veteran fighter. Maybe he’s not ready for that.”

The lightweight division is a weight class that is stacked with killers and putting Northcutt in the octagon with more experience than him could cut his momentum short. The concern isn’t whether or not he will be exposed as “all hype”, but rather he got paired up with someone of a higher caliber so early in his career.

“He was 5-0, the same as me before I came into the UFC. I had my first fight, a spectacular first round knockout, and then the next fight they put me against Matt Brown. I would like to see him work his way up slowly. Just get that Octagon experience before he takes on the high level guys.”

Do you think Sage Northcutt will take the fast-path to the top of his division? Should UFC President Dana White play it safe and build him up slowly in the same way he did with Jon “Bones” Jones in the light heavyweight division? Share your thoughts and make your predictions as to who Northcutt’s next opponent is in the comment section below!