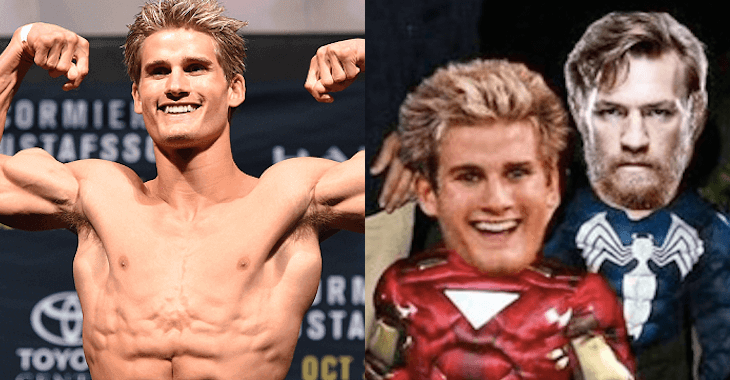 Sage Northcutt has the potential to be one of the biggest lightweight stars in recent memory and it could be possible that he will have trouble finding an opponent willing to fight him in the future. Lucky for him, he had no issues finding a scrap for his December 10th meeting at “UFC Fight Night 80” when he squares off with Cody Pfister. Northcutt is scary good, but his Halloween costume in this photoshop isn’t!

The young 19-year-old shared his humorous side with the photoshop picture of himself and Conor McGregor dressed in Halloween costumes with Dana White looking to take the two UFC stars trick or treating.

With the two fighters being separated in weight divisions by 10 pounds, could we eventually see a match between McGregor and Northcutt? Who do you think wins the battle between the two rising personalities?