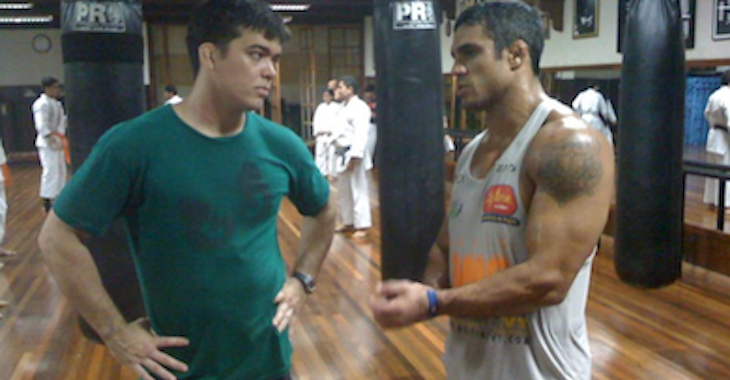 Chris Weidman has been forced out of defending his UFC Middleweight Championship against Vitor Belfort at UFC 184. While Ronda Rousey and Cat Zingano have been moved up to the main event, Belfort initially wanted to remain on the card and fight for the interim title.

Dana White told the entertaining story during the UFC 183 Post Fight Press Conference. “Vitor is the number one contender right now. It’s typical Vitor. Vitor is blowing my phone up, saying ‘I want a interim title fight. I want to stay on the card, I want to fight.’

White continued, “What I did was I picked up the phone and called Lyoto Machida. The first thing Lyoto said was, ‘Send me the bout agreement.’ I called Vitor’s people and they said, ‘Yeah, we’ll wait for the Chris Weidman.'”

Is Vitor Belfort ducking Lyoto Machida, bro? Is it smarter for Belfort to wait for Chris Weidman to heal? Share your thoughts in the comment section below!

This article appeared first on BJPENN.COM
Previous articleSilva On Jones: He’s My Friend, But He Needs to Change
Next articleDana White: We May Not See Nick Diaz For Another 3 Years
© Newspaper WordPress Theme by TagDiv