Silva On Jones: He’s My Friend, But He Needs to Change 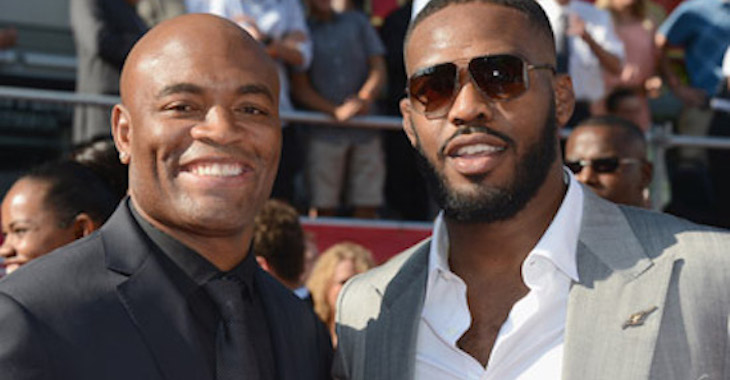 Anderson Silva made a triumphant return to the octagon tonight when he defeated Nick Diaz at UFC 183. After the bout, he ran out of the octagon and embraced UFC Light Heavyweight Champion Jon Jones.