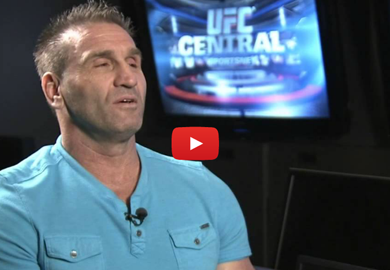 http://youtu.be/qRmn-TmCbZY?t=20m
“I think Brock mentally got beat, but I always thought that they didn’t treat Brock right either. I thought they threw him in too soon. He’s fighting guys that had 20 fights in his second fight because he’s so massive and so impressive. It wasn’t fair to him. If he would have got groomed properly, he could’ve been the best fight in any weight class, best pound-for-pound ever, if he was groomed properly. I’m not sure that [the diverticulitis] is everything. I know that’s a big part of it, but what if he was training properly? Would that have even been a factor? I don’t even know. I’m just saying, this guy had an opportunity to be great, and I just saw him mentally get dwindled down because he was thrown right into that. With guys that had a lot more fights than him, a lot more technical than him. Imagine what you could have done with this guy if you had groomed him properly?”