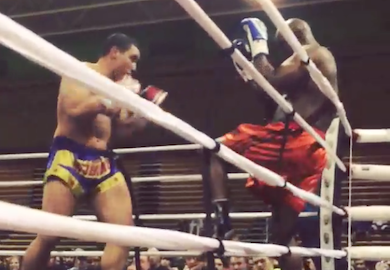 Last night in Virginia, former UFC heavyweight fighter Pat Barry, took to his roots in kickboxing and got a nice tune-up in the sport against a man by the name of, Ed Burris, at the 2014 WKA North American Championships.

The result? A second round K.O. for the former Mixed Martial Arts Fighter.

Barry makes his debut for the Glory kickboxing promotion later this year.