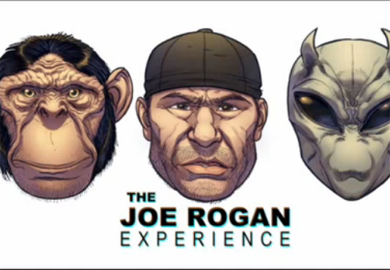 “I’m looking at this guy. He’s not in shape at all. He has neglected his body. There’s no reason for me to judge him in the outside world. And people got upset at me for saying that because it was being blunt, or rude. Someone actually said that I was a ‘bully’ for doing that, so I felt that it should be addressed.

I did joke around about it, and I called the guy fat, but guess what, he’s fat. Yeah, it wasn’t nice. I would never do it on real life, or on any other situation, but I was looking at someone who perhaps could possibly put someone in jeopardy… no discredit to (the Athletic Commission), but I someone has to look at the possibility of some sort of physical requirement.

You have to be careful… It was ridiculous. It wasn’t like he was kinda fat, he’s a big guy. This is nuts. That guy can’t move.

“Right after I said that, I can see Goldbert cringe, and I was like ‘yeah, I probably shouldn’t have said that one’.”

“But to me as a comedian, I wanted first of all to give Adam Hunter props, because it was funny. And two, if I was hanging around with my friends, I would’ve said it too. That’s how I treat the commentary. I try to be as professional as possible, but on this situation I let that one slip.”

“If your kids heard that, I’m sorry, I didn’t think of that.”

“…I am not homophobic in the slightest, nor is that joke… It’s a joke about gay sex, it’s not saying there’s anything wrong about gay sex.”