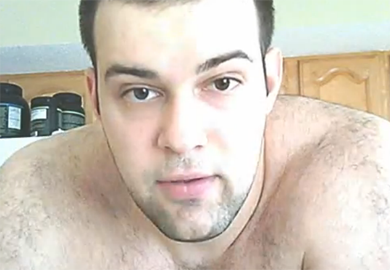 Around the four-minute mark in the video featured above, this random Mixed Martial Arts fan explains his aspirations to become an MMA fighter.

Having been a frequent visitor of the body building forums for the past 5-years, he admits that he does nothing else but train his mind on the internet in hopes to one day be a pro fighter.

In this video he asks to join Team Blackhouse and wants to fight the UFC heavyweight champion, Junior dos Santos, because he knows he can beat him.