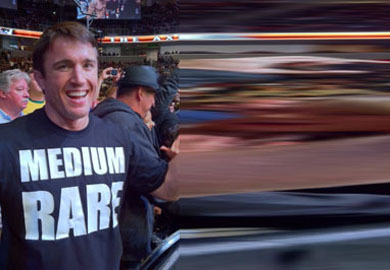 “I think it’s terrible. I think it’s absolutely terrible if you’re going to consider yourself an athlete. TRT would be perfect for Chael Sonnen if he wasn’t competing in one of the toughest sports in the world.

I think Chael Sonnen made tons of money when he was a young guy, and now he’s an older guy. And now just to be able to take a drug and super-enhance yourself back to where you were in your 20′s is bull.

The champ, Jon Jones, took a swing at Sonnen’s use of TRT during yesterday’s tele-conference to promote TUF 17 and their April 17 fight announcement.