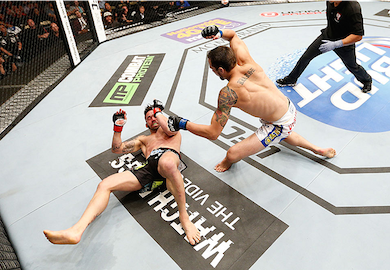 UFC 173 competitor Jamie Varner had a disappointing result in his return to action.

The former WEC champ tore ligaments and broke two bones in his foot during the first round of his fight against James Krause.

His management team first tweeted out the news, Saturday night, but have yet to dive into specifics about the lightweights injuries.

2 broken bones in the foot for @jamievarner #UFC173