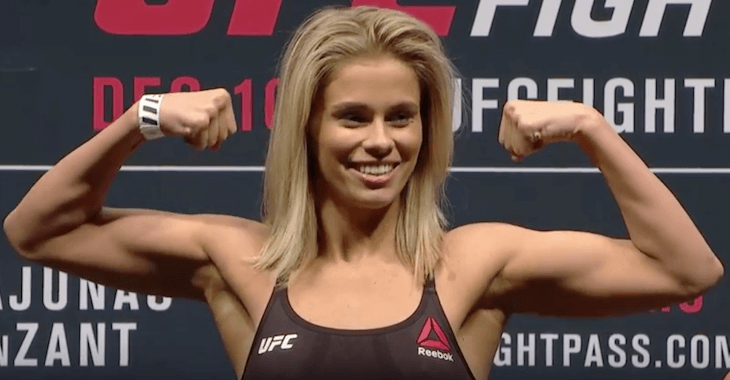 While the fight was extremely one-sided in favor of Namajunas, VanZant showed remarkable heart as she continued to fight on despite being bloodied.

Following the fight VanZant spoke at the post-fight press conference to discuss how it went, and what she learned from it:

“I definitely have the heart, I have the aggression. I don’t have the technique yet and I think everyone has known that. I got outclassed in every way. So just get back with my team and game plan and work on my technique. … I just wasn’t prepared for that fight. I’m just new, ya know? I’ve got a lot to learn. Just working with my team. I’m trying not to cry, guys.”