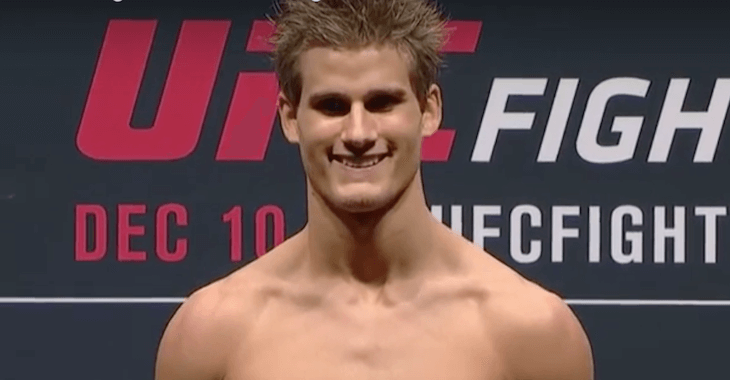 Cody Pfister was able to land a takedown almost instantly to begin round one. After landing some ground and pound for the better part of three minutes, the referee suddenly stepped in to stand the fighters up. Back on there feet and Sage shoots in with a takedown of his own. Northcutt moves to the mount position and lands some solid shots to close out round one.

Round two begins and Sage shoots in for another takedown. A quick transition and Sage locks in the guillotine choke. The submission hold is in deep and Cody is forced to tap.

Sage Northcutt defeats Cody Pfister via submission (guillotine choke) at 0:41 in round 2