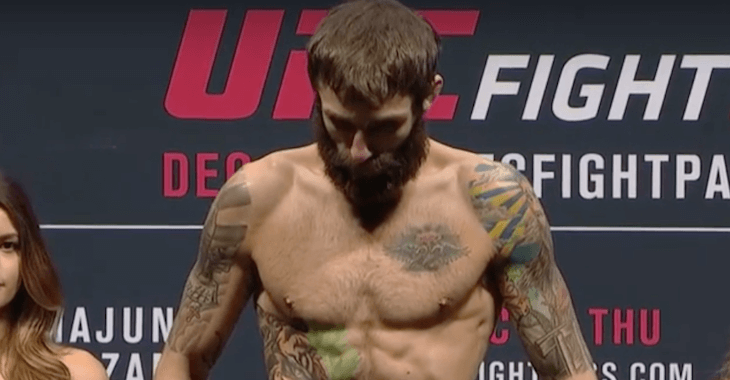 Chiesa starts off by landing a nice combination, but Miller responds with a counter left. Chiesa scores a takedown and quickly moves to half guard. Some nice elbows from Chiesa land flush on Miller.

Miller is able to transition for a kneebar which forces Chiesa to give up top position. Miller moves from full guard and takes the back of Chiesa. Jim applies the body lock and is looking to secure a rear-naked choke. Chiesa defends well and the horn sounds to end round 1.

Chiesa opens round two by scoring an early takedown. Miller scrambles and looks for another leg lock. Chiesa uses the position to start dropping bombs on Miller. Jim is hurt and Chiesa is able to slip in a rear-naked choke. It’s locked in and Miller is forced to tap.

Michael Chiesa defeats Jim Miller via submission (rear-naked choke) at 2:57 in round 2