Dec. 12 marked a historic day for Conor McGregor and his fans. McGregor took down the former UFC ranked pound-for-pound king Jose Aldo in a quick and devastating fashion to become the UFC featherweight champion of the world, and claim himself the new pound-for-pound fighter.

Conor McGregor fans now have a shirt to sport on the historic win over Aldo. The UFC released a new t-shirt design dedicated to the 13-second knockout McGregor served to Jose Aldo at UFC 194. 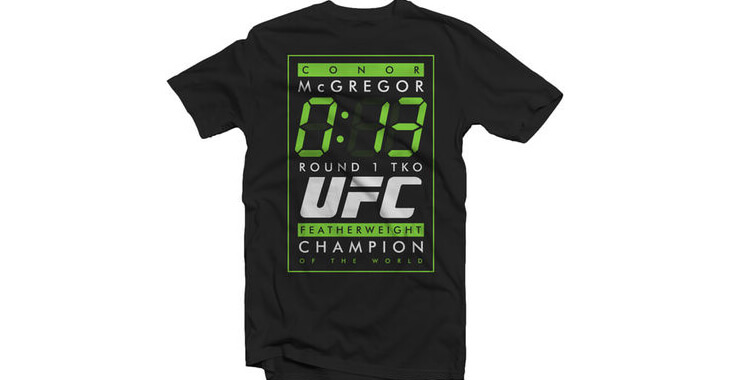 With having the record for fastest finish in UFC title history, supporters of “The Notorious” can wear this one loud and proud.