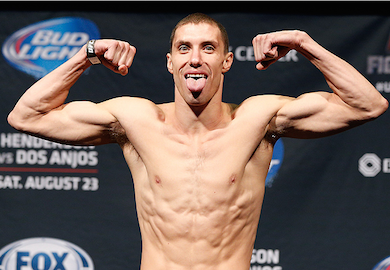 At the beginning of the bout, James Vick seemed to be a second faster than Valmir Lazaro. Vick was able to cut Lazaro off with jabs right down the middle that often cut off his opponent’s combinations. Lazaro would suffer this misfortune for most of the first round until he started finding success in taking the fight to the ground.

Vick almost knocked Lazaro out with a shot in the second, but he allowed Lazaro to recover and in turn, got taken down. Vick was forced to carry the body-weight toward the end of rounds two and three and that drained his gas tank drastically.

Lazaro was gassed by the time the end of the second round approached. This was Vick’s saving grace as the bout went to a third round. Vick proceeded to drop Lazaro with one of his big right hands and that almost put an early end to the fight. Lazaro once again recovered quickly and caught all his bearings in time to keep the bout going. The remainder of the bout was as close as it could be and walking into the decision’s hearing, it was anybody’s fight.

Vick was declared the victor by way of unanimous decision and he got to keep his “undefeated” moniker.