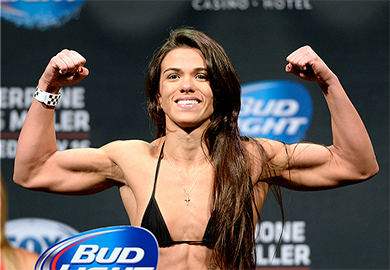 The Ultimate Fighting Championship welcomed the straweight division with a fight between Claudia Gadelha and Tina Lahdemaki. The bout aired on UFC Fight Pass and Gadelha would claim the glory when it was all over.

It was no surprise when the bookies revealed their odds for the event that Gadelha was the most favored fighter. She trains with Jose Aldo and Renan Barao at Nova União and she showed her grappling skills by smothering Lahdemaki for the majority of the fight.

Lahdemaki showed resilience, however, when she started to make a comeback in the third round but Gadelha would lock up the judges’ decision by taking her down with only two minutes remaining in the fight.