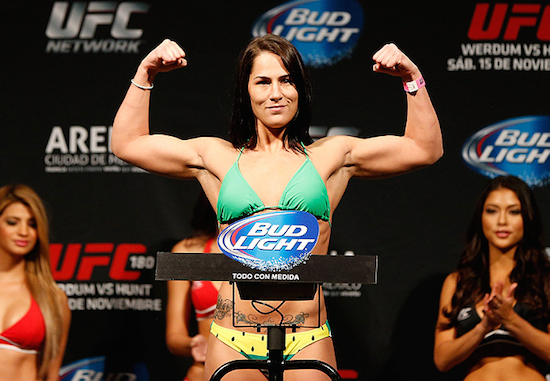 Jessica Eye utilized her speed and combinations to cut off Leslie Smith from dishing out any offense at all. Eye peppered her with shots throughout the entire fight and changed levels often to keep Smith guessing and on the edge of her stool.

Smith took a punch to the head in the first round that popped her cauliflower ear. She was looked at on the stool by doctors and was told she could continue, to which the crowd roared in approval. However, Herb Dean paused the fight in the second round and called the doctors in to take a look at the ear again.

As cameras zoomed in on it, the ear was clearly hanging off of her head. It was a gruesome image and there was no chance the doctors were going to let her continue. The fight was waved off and even though the fans booed, the fact of the matter is that Herb Dean stopped it in Leslie Smith’s best interest.

Jessica Eye def. Leslie Smith by way of TKO (Doctor Stoppage) 1:30 of Round 2