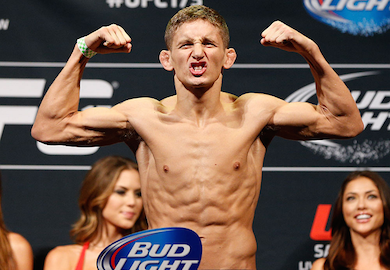 Chris Holdsworth is the real deal.

Most of the fight took place on the ground where Holdsworth smothered Camus, leaving him little room to work with. Whenever Camus would try to escape, he would either fail or be successful only to let Holdsworth take another dominant position seconds later.

Even though Chris Holdsworth’s statistics for strikes landed were lopsided, they were not significant strikes landed. Most of them were soft punches on the ground to set up a transition. Holdsworth had the opportunity to end the fight multiple times with an arm-triangle, but Chico Camus did a great job in defending every single attempt.

This may not have been the most exciting fight, but Chris Holdsworth did a fantastic job in showcasing his skills.