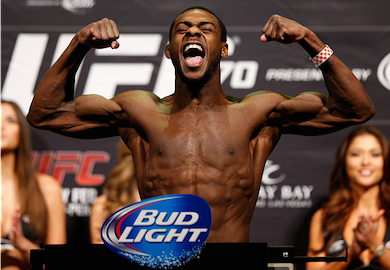 The bout between Cody Gibson and Aljamain Sterling looked promising from the opening minutes of the bout, but the pace faded quickly and it turned into a grappling contest. Even though the pace of the fight slowed down, it was still exciting to watch.

Both Sterling and Gibson threw some wild, dangerous strikes in the first couple minutes of the fight but none of them landed flush. The pace faded and Sterling took to grappling to lock up the victory. He would pin Gibson up against the fence to set up his takedowns and utilize grappling to set up submission attempts. Sterling almost locked up a D’Arce Choke and a rear naked choke, but Gibson was able to fight off the attempts.

Aljamain Sterling remains undefeated with nine wins under his belt after tonight.