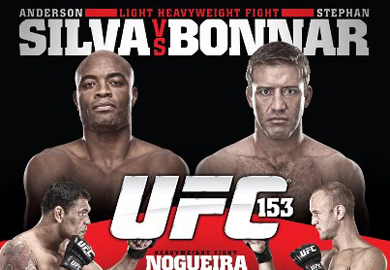 The UFC returns this evening with the pay-per-view event titled, “UFC 153: Silva vs. Bonnar” live in Rio de Janeiro, Brazil.

In the main event pound-for=pound kingpin, Anderson Silva, will step up on short notice in a weight class above his own to test his might against the always dangerous Stephan Bonnar.

To catch all the results and discuss the evening’s happenings with the BJPENN.COM Nation tune back here around fight time and weigh in in the comment section below.