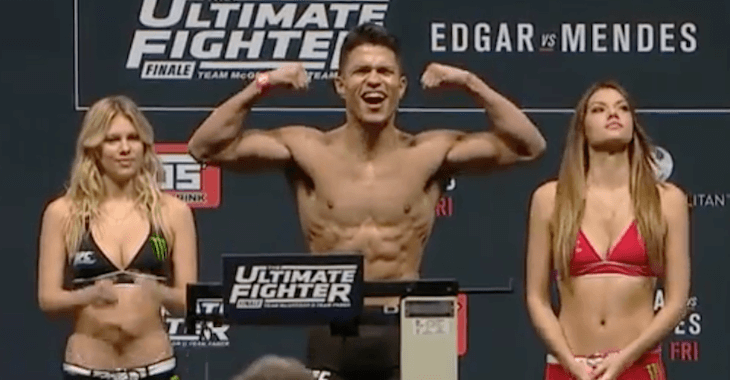 Taking a fight against Joby Sanchez on short notice was no problem for Geane Herrera!

It only took Herrera just over a round to land the left hook that ultimately sent Joby Sanchez to the canvas.

Herrera not only got the TKO win, he bloodied and battered Sanchez in the process, opening a cut over his left eye with a hook early on in the fight.